It is a 1995 real-time strategy video game produced by Westwood Studios for MS-DOS and released internationally by Virgin Interactive. It was the first of twelve games to date to be released under the title Command & Conquer; six subsequent titles having since continued the story set as sequels with one acting as a prequel, along with the production of several spin-off games. Met with universal acclaim by consumers and critics, Command & Conquer was released for seven separate platforms along with becoming the initiator of the Command & Conquer franchise, and today generally is considered as the title which originally defined and popularized the modern real-time strategy genre.

Based on sources from https://github.com/TheAssemblyArmada/Vanilla-Conquer

The game was released as freeware in 2007 by Electronic Arts.

- Added an alternate icon by P.Cotter

- Avoid black screen on v4 in the menu

In case any problems with Riva, possible alternative is FroggerNG.

To use it copy:

- Replaced Speech.mix with one adding "Repairing" speech in Repair Bay

- Fixed : music wouldn't stop in some cases on v4

- Fixed rockets, turrets and other bullets

- Fixed: If we played Commando, after saving, he was a normal soldier

Support me on Patreon

The packed format is very unsuitable for the Amiga. Otherwise also a V4SA+ with CoffinOS cannot unpack the file.  Maybe offer it as LHA or as a zip file.

Unfortunately the current version does not work for me, once the intro started and then froze. Now get instead of the Westwood Intro only a black screen.

Thanks for report, I could reproduce and hope that this version works fine?

I had to unpack the C&C via the shell. Then the extraction also ran without errors. I could then start the game. Unfortunately I had sound errors.

The file you sent me now crashes the game.

So, now I have installed it again and 1.2 now also works. Unfortunately, there is still sound interference, so you have to switch off the music.

Can't reproduce that. Fine here on V4SA+ with CoffinOS. What core do you have?

Why isn't it compressed with LhA? And how come it isn't even mentioned on Aminet?

Thanks again for all your hard work!  Great to see V1. It looks and plays perfectly now - with cut scenes all working, and the map.
I've made a page for this game on the Lemon Database, which will go live in maybe a few days. :) :)

Thanks, nice, still not online though?

Hi, sorry for the late reply, I only just noticed your message about the expansion.
Gave it a go today. I could get into the game but not select any difficulty. Maybe there is no difficulty for the expansions?
As you say, the FMVs come up with an error, but the missions seems to load fine.
For some reason today, I noticed my PPC setup is running twice as fast as it did before. I havent changed WinUAE or the setup in any way, so I dont know how this happened.   Apart from the title menus, everything else seems ok.

Hi. I completed my tests and found it is the (V1.0) EXE from 15th May which makes the game run too quickly. I thought it was the conquer.ini, as game speed was set to 1 in the new ini, but zero in the old one, but it made no difference. So I went back to the V0.99. So will have a play with it this afternoon using 0.99.  :)

The database entry on Lemon will go online soon, we are just waiting for a few more games to add them, and then we can release a batch of 20 games together. Will be a few more weeks probably, but will let you know. ;)

V1.0 works perfectly as long as I remember to switch on the frame limiter with F4. Perhaps it is better to have this open switched on as standard, and simply press F4 to unlock the frame limiter? Sorry for all the confusion.

Maybe this link works?  This page is not public as yet.

Choose difficulty has black border enabled back because it was invisible in expansion.

If you press F4, Framelimit in conquer.ini will switch between 30 and 0. It is probably saved. I only use 30 on WinUAE because it's too fast.

Yeah it works, thanks. One thing, there is no PPC version, yet.

The new version works great. Almost finished the GDI missions.
Would it be possible to get the keys short-cuts working?  I can confirm X, H, G, and S work.

"Thats ok, the PPC tag is just for these types of games which need a fast CPU"

But users may think game NEEDS PPC and tell that to others...

Im on the final GDI mission now on the Expansion, and found a bug. The harvester still gets stuck in the refinery if you load up a save game during play (not from the menu), and randomly stops harvesting. But also the air strike button is also broken if you save the game with a 'ready' air strike. Here are my saves. The air strike is supposed to be working on both of these. If I load up the game from before I got the air strike, it works as normal, until the next time I save and then reload later.  Lastly, not sure of stealth tanks are actually invisible, as I went into a base and got blown up while invisible?

I've moved a stealth tank next to enemy tanks and it wasn't being shoot unlike normal light tank. Maybe it's not invisible on close range.

The Amiga has a new standard hardware (AmigaMini):

Can you make it run there? publish as WHD?

This game uses RTG and dosen't need WHD ;) To get high end RTG system on AmigaMini probably an alternative AmiBerry has to be compiled for it.

looks good, the red alert port needs to be redone as well runs terrible even

Dan here from LemonAmiga. I got this running under WinUAE emulation no problem. My setup was:

The icon in the package seems to be for WB4 or something. I just copied the latest executable into the larger file collection zipped above, and used 'show all files' to see all the files in that directory, then double clicked on the executable 'vanillatd'. It ran slightly quicker than on the PC but it's easy to slow things down from here.

Thanks for the update Arcziii. I can confirm helicopters and projectiles now working. :) The game is running noticeably better now.  But for some reason on level 5, I cant seem to blow up the enemy Barracks without the game freezing.  I've included my save file. With the previous version it played this level no problem. When the Barracks blows up, the explosion graphic just crashes, and looks like it points to the wrong place in memory for it?

It seems to be random issue, sometimes freeze and other time not. I tried 7 times in row without freeze on WB 3.2 and 3.9. I will look into fixing this.

Thanks. :)  I replayed the level from scratch after each freeze, but it froze  each time. With and without JIT. It could be my memory settings, and maybe using non 32-bit memory would help?  Im guessing it must be some kind of cache issue. My config is in the first post. I guess I could just use an engineer to take the building over but I havent tested it with other buildings.  My base at the start of the level looked a bit corrupt until I fixed the buildings, sometimes they would disappear and reappear. Just want to say excellent progress so far, I am very much enjoying playing this for the first time. :)

I tried with Z3 fast ram, mapped to real Amiga memory space. Now the Barrack blew up ok, but when I went in to take down the rest of the base, the game slowed down and then froze. I am thinking I am using too many grenade lobbers and this is causing the issue. With Miniguns it seems to be ok, but then I got an OpenAL Audio crash, suspended to desktop.

Just tried again without music. No change, except the number in the bank got corrupted then it froze.

*Almost* runs on OS4. Gets as far as the game screen with warnings about an obsolete Examine call, but crashes once you try to actually select a unit and do anything. *So* close, it would be great if whatever the issues are could be cleared up...

That's far on the list atm. Native port would be better.

Yep, a native OS4 port would be best, but most 68k software works just fine once it doesn't bang the metal.

Is there any chance to fix it for Vampire V2? The port works on V2 with OS 3.2.1 but with wrong Colors.

can't wait to get the full game, nice work!

how do i install on an amiga v4

This is really cool, amazing work. 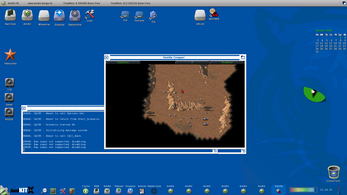 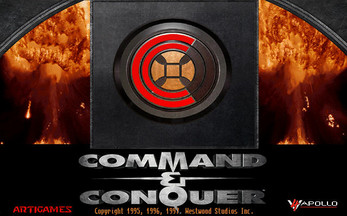 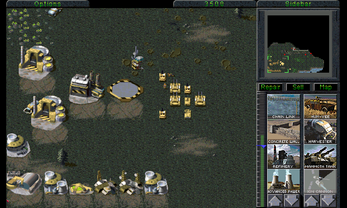